A Sense of Belonging: Caring - In Action - Drives Retention

Actalent cares. Read how the efforts of one delivery lead helped one client to reduce turnover.

Engineers have more options and leverage than ever before to leave jobs in search of a better opportunity.

Actalent's Diana Mercer is helping build a culture where they want to stay.

She's part of an Actalent solution that, to date, has helped a client reduce turnover on one project by 28%.

Her approach isn't complicated, which is probably why it works. That doesn't mean it's easy. Which is also why it works.

"Attrition is caused by small issues that become large issues that are not addressed," Diana said. "Taking time to listen and come up with solutions is a simple and meaningful way to retain people."

Diana is a ‘Delivery Lead. She currently supports Actalent consultants hired to upgrade integrated missile defense systems for an aerospace and defense technology organization. Their job, no joke, is to help protect the world. Her job, she said, “is to help them enjoy their jobs, and feel comfortable, capable, and successful.” Prior to Actalent's managed talent solution, with Diana leading the way, fifteen consultants had resigned in 18 months. Since Diana joined the project in July 2021, there's only been one.

"My hope is to create a sense of belonging” she said, “a positive atmosphere where they feel valued and taken care of."

Diana is who this team of consultants relies on for encouragement and support. Simply put, she delivers care.

And when it comes to retention, no news is bad news. Talking to consultants regularly (at least twice a month), both scheduled and unscheduled, is a fundamental aspect of her approach, and the foundation of their relationships. She doesn't allow room for silence. "From the first meeting forward," she said, "there is never a question about where they stand in the course of their employment."

Her focus, though, is always the consultant's interests and growth opportunities. Call her a professional uplifter.

"I love that I have someone to help guide my career and offer professional development," said Actalent consultant Jacob Egbert.

Questions, concerns, and issues arise often. She listens. She offers advice. Gives and takes feedback. Coaches. She asks: what's working, what isn't? When necessary, Diana shares insights with client managers. And asks them, too, what's working, what isn't? She keeps listening. The client perspective informs her approach with the consultant, and vice-versa. When needed, everyone sits down together. The two-way feedback stream is transparent, objective, and consistent. Alignment gets easier. Performance becomes more measurable. Great work, once overlooked, is now highlighted, and rewarded – raises and promotions, yes please! (Diana also recognizes consultants in a monthly newsletter!).

"Diana allowed me to grow and improve my professional skill set and interpersonal relationships in the workplace," said Actalent consultant Sam Selyutin. "She followed through on requests regarding improvements in my career and allowed me to feel valued and appreciated."

Problems are identified early. "I create a sense of urgency," Diana said. Solutions are collaborative. "This job is about positivity" she adds. Eventually, growth starts to replace attrition. Everyone knows where they stand.

"If we hadn't had that meeting," said one client manager, expressing appreciation for Diana's efforts to help resolve a situation, "I feel we would have lost (the consultant)."

Four consultants earned raises and promotions last year with Diana's help. Two more are in the hopper so far this year. Prior to her advocacy, there hadn't been any promotions. Not because they weren't warranted, but because not everyone has the bandwidth to do what Diana does: research, understand, and demonstrate the consultant's value.

Gallup's annual survey found U.S. employee engagement dropped in 2021 for the first time in 10 years. Declines in clarity about expectations and career opportunity – fundamentals of engagement -- were among driving factors.

"I am amazed at the level of care Actalent provides to its people," one client manager said, "and how much Diana advocates for them."

Onboarding, and the first thirty days, can make or break a consultant's tenure. "It's the most crucial phase," Diana said. "If they have a bad impression from the get-go, it is very hard to reverse that opinion." Diana walks the walk, literally. On their first day, she walks new consultants in, introduces them to their new manager. She leaves detailed instructions for consultants reiterating everything they discussed at orientation in her office the week before: benefits sign-ups, timesheets, time off, holidays, and sick days. Diana checks in again before their first day is over. How did it go? Do your logins work? Does your badge work? They have lunch at the end of the first week, tell me all about it. Diana talks to them weekly (at least) throughout their first month, doing her part to ensure little things don't mushroom.

"This is incredibly important because if we don't have these touchpoints," she said, "our consultant could be feeling frustrated, and we wouldn't know and be able to solve minor issues right away."

Morale on the missile defense project continues to trend upward. Consultant tenures are six months longer on average now. Eighty-nine percent believe they are developing valuable career skills, versus only 51 percent before. The client is saving an estimated $800,000 a year in attrition costs.

One hundred percent of consultants surveyed say Diana follows up on their requests within twenty-four hours. If it wasn't already clear, problems don't get old in her world.

"When a consultant contacts me with an issue, I drop everything to handle what they need in the moment. Showing them a sense of urgency is important. If I can solve the issue immediately, I do," she said. "If the issue takes me longer than a day, I always inform the consultant of the steps I am taking and how long the resolution will take."

Sometimes Diana and consultants just talk about life. She wants to know what's going with them. Birthdays, weddings, new houses, new babies, anniversaries, trips: she recognizes these milestones. Quarterly they celebrate as a team.

"Acknowledging these life events lets them know I care about them," Diana said. "That builds loyalty and strengthens our connection."

There's a hum of excitement among this group: with so much good news to talk about, there's no room for silence.

"This is the first time in my career where I have felt like part of a team," another consultant said, "and that my employer truly cares about my career development."

Companies get better results when their people know they're valued. If retention is an issue, Actalent's managed talent solution can improve engagement, drive performance, and give companies back time, energy, and resources to use on other critical objectives. 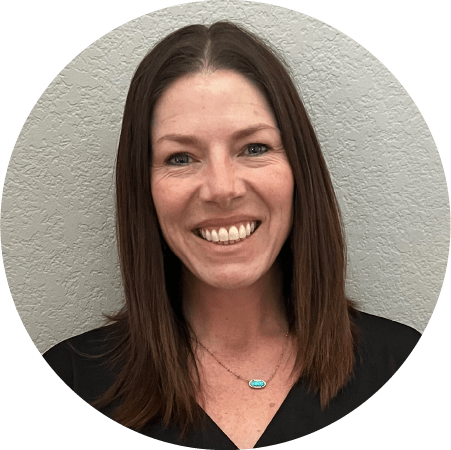