September's Labor Market + Economy Is an Equation that Doesn't Add Up

Welcome to Actalent’s Economy and Labor Market September 2022 Report where we share insights into some of the most important conversations happening in the economy and labor market and help connect the dots about why it matters.

Listen to the Brief:

"If you lay off people with valuable skills, well, you're not going to be able to recover production when demand picks up again," John G. Fernald, senior research advisor, Federal Bank of San Francisco

When the US Bureau of Labor Statistics (BLS) released the jobs report last week, major news outlets had different takes on whether the report was good news, bad news, or indifferent news for the economy. For example:

As we wrote in a recent whitepaper, the human brain loves categories. In fact, our ability to quickly consume and classify information into neat and tidy boxes is critical to our survival. However, doing so doesn't account for the nuance that exists within the information—subtle differences with significant impact.

And right now, the labor market and economy are full of nuance.

For every push, there's an important pull to consider.

We are approaching the two-year mark of surging inflation. September's rate came in hotter than expected at 8.2 percent. Experts predict people will pay 34 percent more for home heating this winter compared to what they paid last year. Between the surging cost of groceries and energy, no one is spared. The Social Security Administration just announced a massive 8.7 percent increase in retiree benefits, the highest since 1981.

Later this month, the Federal Reserve is expected to announce another interest rate hike—a continuation of its aggressive strategy to slow down the economy, and thereby inflation, without putting it into a recession. Though some economists believe we're either already there or headed directly for it.

Don't forget about that nuance, though, because the current labor market says otherwise.

Between the higher costs of things and the fierce competition between employers to find and keep talent in a persistently high demand/low supply labor market, employers continue to offer significant wage increases. Speaking of which…

In September, average hourly earnings increased 5.0 percent year over year. A rate that was nearly unheard of prior to the pandemic, when increases ranged from 2.0 percent to 3.6 percent. However, with inflation coming in at 8.2 percent, that 5.0 percent increase feels more like a 3.0 percent loss. In other words, real earnings continue to fall, prices continue to surge, and workers continue to demand higher wages.

If demand for workers remains high and supply remains low, this “recession” might be the first of its kind.

A Closer Look at Engineering and Sciences

In engineering and sciences, unemployment remains well below the national average and demand continues to outpace availability for these workers. 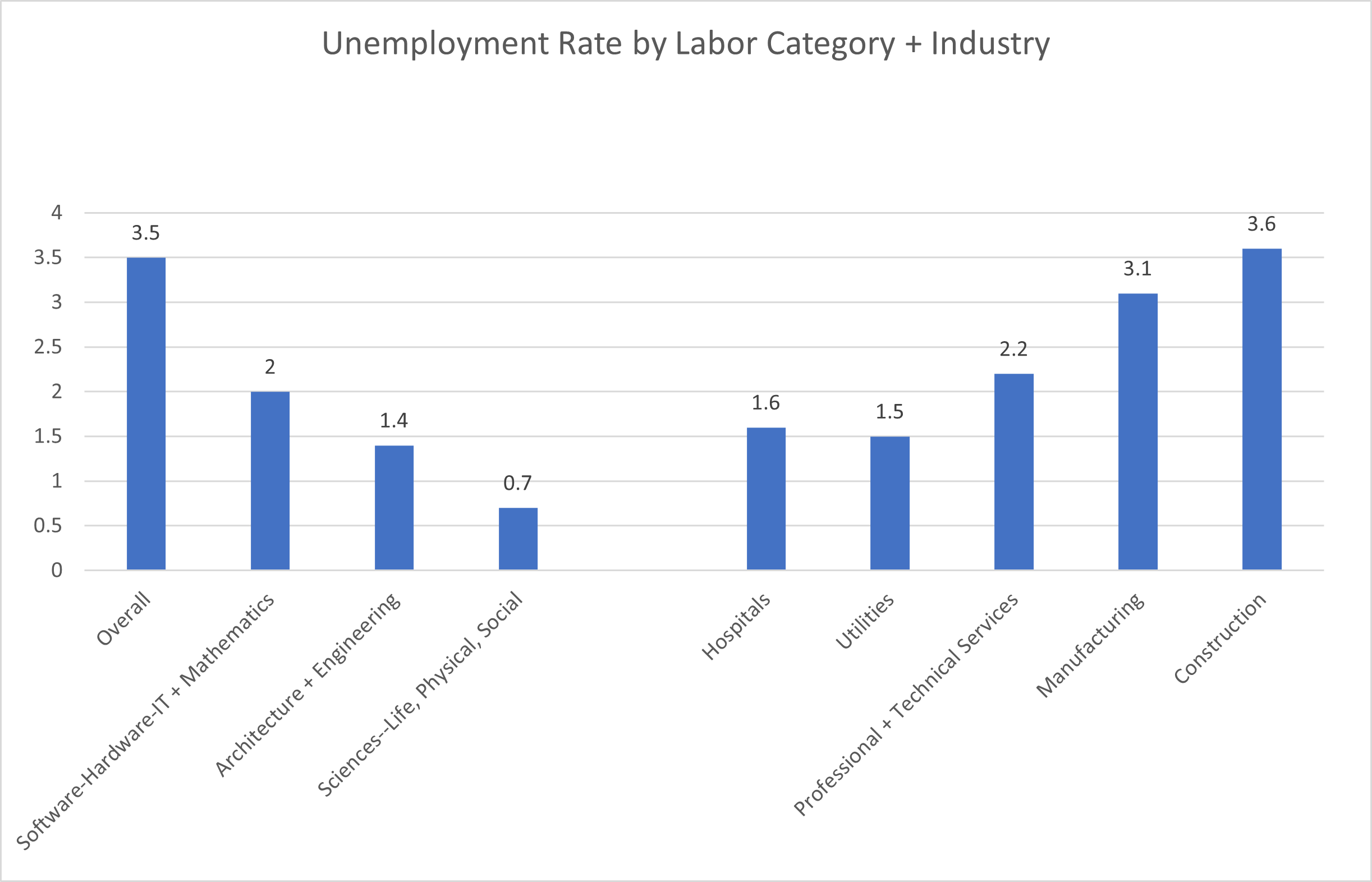 For more in-depth data on hiring trends in Engineering and Sciences, download the full data report.

As always, there are a few things we're keeping our eye on that we thought you'd be interested to know, too.

If you'd like more information on the data presented, or have questions about the information provided in this report, please contact our team at: content@actalentservices.com