The Transformational Power of Tech Transfer 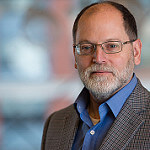 A well-designed and adequately funded tech transfer function will provide healthy return on investment, by leading to new products and services to address unmet or poorly met consumer needs.

Global advances in technology have driven more change than could have been imagined just a few decades ago. Consider how major improvements in smartphone capability every few years are now commonplace. As we’ve seen, giant leaps in technology have led to equal growth in consumer expectations.

One of the most promising areas for new product development is that of tech transfer.

Best-in-class tech transfer has been shown to promote innovation and accelerate growth, leading to increased revenue and profit. It has long been thought that tech transfer is solely the domain of high-tier academic research universities, “Big Tech” or research-focused institutions (government or privately funded). However, it has been shown to be successful in public, private, public-private and academic institutions and organizations in all markets, as well as company types and industries.

Here at Actalent, we believe that even small/medium or service-based companies can and should create a tech transfer function. In fact, we propose a new function called Knowledge Insight Transfer (KIT), focused on innovation, growth acceleration and improved customer service relationship activities.

A well-designed, disciplined approach and adequately funded KIT function will provide healthy return on investment, by leading to new products and services to address unmet or poorly met consumer needs. But what’s equally important is that it ensures better services and products that satisfy today’s diverse global consumer and social needs.

Large multinational corporations (MNC) may find that they can’t carry forward certain products or offerings due to scale or cost considerations. In these cases, the MNC might provide funds to a start-up in exchange for royalty payments after the product launches, similar to the Venture Capital Funding model that companies like General Electric, Microsoft, Intel, Johnson & Johnson, Ford and DOW have used. Alternatively, it could take the form of a joint venture, wherein the transferring company mitigates risk by taking a minority stake.

Public-private partnerships are another common method of sharing expertise for a common goal.

One of the original pieces of U.S. technology-transfer legislation, the Bayh-Dole Act, directed government agencies to encourage universities and other research organizations to license out technologies developed with federal funding. Since 1980, this activity has become a small but growing source of revenue for universities.

If a smaller company is looking to create its own tech transfer office, they can look for a larger company to serve as mentor. That will help facilitate strategic partnerships with large MNCs, which generally have tech transfer or other types of programs.

There is a wide variety in the detail and scope of tech transfer efforts right now. Here are just a few of the notable new projects.

Microfinancing and Knowledge Transfer: The World Bank creates and provides financing vehicles using secure technology to ensure the funding gets to the specific local creator/innovator. The Bank’s Investment Project Financing (IPF) is used in all sectors, with a concentration in infrastructure, human development, agriculture and public administration. IPF is focused on the long-term (five- to 10-year horizon) and supports a wide range of activities including capital-intensive investments, agricultural development, service delivery, credit and grant delivery (including micro-credit), community-based development and institution building.

Unlike commercial lending, Bank IPF not only supplies borrowing countries with needed financing but also serves as a vehicle for sustained, global knowledge transfer and technical assistance. This includes support to analytical and design work in the conceptual stages of project preparation, technical support and expertise (including in the areas of project management and fiduciary and safeguard activities) during implementation, and institution building throughout the project. The knowledge and some technology were transferred.

Recycling Ocean Plastics: Norton Point, an eyewear company, launched a line of sunglasses made from plastic that was taken from the ocean and recycled. The company founders came up with the idea but faced a challenge in determining how the plastic would be collected. They turned to The Plastic Bank, an organization where locals get paid a living wage for collecting plastic from the ocean and beach. Working together, the partners created and sent a sample to the manufacturer. This went through rounds of experimentation until the prototype was finalized. The idea and prototype sample were sent to manufacturer, transferring the knowledge and the concept.

Reducing Carbon Footprint: Most large MNCs consider it part of their corporate social responsibility to have strategies in place, and they seek in-licensing or, if they have a particularly attractive technology to develop will seek partners to take on, especially if it’s not a core manufacturing area. BP Biofuels, which owns three ethanol production plants in Brazil, expanded one of the plants, doubling its productive capacity and incrActalentng the combined capacity of the three mills to 10 million tons per year. Over the last three years, over $2 billion has been invested in improving the efficiency and productivity of these plants through the transfer of targeted technology, part of which was funded by the BP Ventures Fund.

Transferring Assets from Start-up: High Power Lithium (HPL), a company focused on the development of nano-structured energy storage materials and novel electrolytes for use in all lithium ion battery application, transferred assets to Dow Chemical.  This transaction, concerning assets that reduce waste and lower power requirements, resulted in less carbon released into the environment. It’s a great example of a technology relevant to Dow’s portfolio that it found worth buying and then transferring for further development and scale-up to production.

Reducing Drug Therapy Costs in Developing Countries: Gilead Sciences has been part of a collaborative effort to promote access to high-quality, low-cost generic versions of Gilead’s HIV medicine emtricitabine (FTC) in developing countries, including single tablet regimens containing emtricitabine, and fixed-dose combinations of emtricitabine co-formulated with other Gilead HIV medicines. Gilead is providing a tech transfer for the manufacture of emtricitabine, together with funding to assist with investment in process improvements to reduce overall manufacturing costs. Gilead has seen early success with the regimen in treating children and adolescents who have HIV.

Tech transfer is not just about physical assets but also knowledge insight. It requires long-term commitment and must be an integral part of the culture in order to succeed. To maximize its adoption and benefit, tech transfer should ideally be directed by social responsibility.